>Blog>All Aboard! The Future of Public Transportation

You likely live a busy life and want to get from Point A to Point B as quickly as possible. Driving your car can be a good option when you are in a pinch, but with new innovations, public transportation is also a viable alternative. An alternative that doesn’t require circling around to find a parking spot! Since it’s safe to say teleportation won’t be happening anytime soon, here are some ways that public transit is becoming faster, easier and more enjoyable. 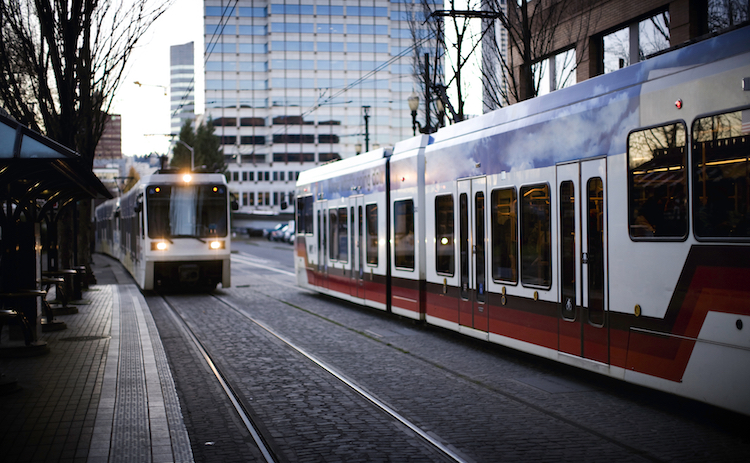 Get there faster with rapid transit.
The first rapid bus lines should be up and running in the Bay Area by 2018. A sort of hybrid between a bus and subway, rapid bus lines have dedicated lanes to free them of car traffic, and platforms to ensure seamless boarding. Over on the East Coast, Virginia recently debuted the Metroway system, a similar concept where a new fleet of buses travel in a dedicated lane and breeze by traffic.

Take a free ride on the hyped-up hyperloop.
Want to travel at the speed of sound? How about for free? There has been lots of hype surrounding the Hyperloop, an Elon Musk project (AKA the same guy who brought about the Tesla) that promises to bring travelers from SF to LA in 30 minutes. Now, Dirk Ahlborn, the CEO of the project, is dropping hints that the trip could potentially be free or significantly discounted. Now that’s something we could get on board with.

Make the ride more enjoyable.
Even if your commute is fast, the last thing you want to deal with is crowds, and in the winter especially, the germs that come with it. The Cyclean, which recently won the Red Dot Award (an international product design prize), reinvents the typical handle by introducing a built-in cleaning function. While there aren’t any cities cities are currently planning to use this technology, it is reassuring to know that it’s out there! The Chicago Transit Authority is also helping to ensure a more enjoyable experience with the Courtesy Campaign, an award-winning ad campaign that humorously shames riders into avoiding annoying practices like blocking doorways, eating smelly food or littering.

If you find yourself driving less and taking public transportation more, you could save a ton of money (like more than $500) with Metromile’s pay-per-mile car insurance offering. It’s great way to save for people who drive less than 200 miles per week – learn more here!