Originally hailing from Washington State, Shannon Wright swapped the rainy Pacific Northwest for warmer temps in Arizona, unsure of her true calling, but enthusiastic to enter the working world. “I originally wanted to do broadcast journalism and then ended up with a public relations degree, but really had no idea what I wanted to do,” she says. “One of my good friends was a recruiter at a review company in Arizona and said I’d be great in sales. I really loved it!” 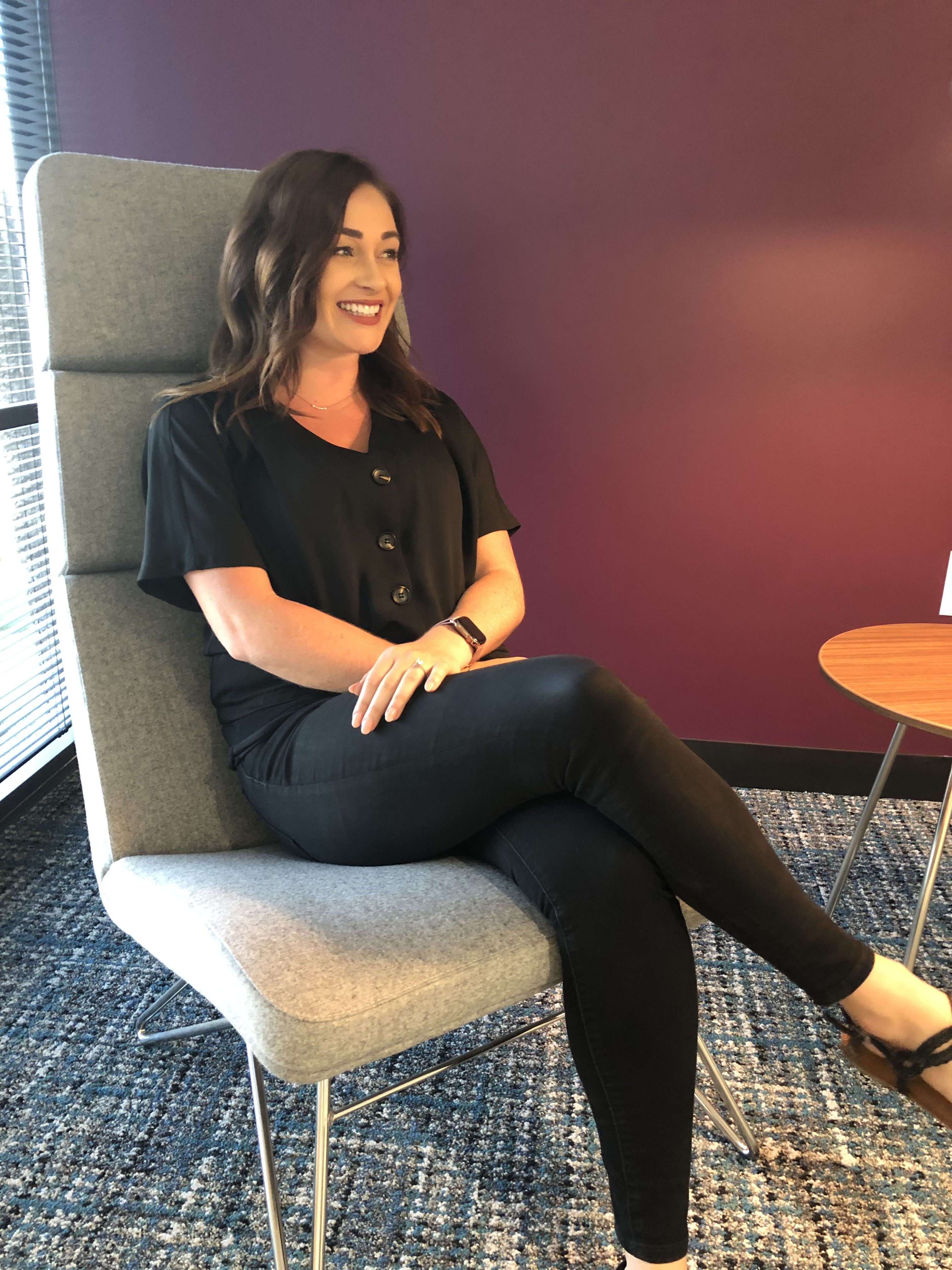 While Shannon had discovered a professional strength, after a few years in the position, she began to get curious about other opportunities at a new company making waves in the car insurance industry. “One of my really close friends was a manager in customer service at Metromile,” she says. “We’d be hanging out at girls’ nights and she’d just be raving about how much she loved her job. I was so jealous!” Wright liked going to work, but she began to wonder if she could ever really, truly love it. In her current role as Metromile’s sales manager, she definitely does.

“I volunteered to work a half day on the Fourth of July and some of my friends said, ‘oh no, that sucks,’ and I’m like ‘no, it’s okay, I’m excited to be with my team!’”

Here’s more about how this former sales wiz found her dream job.

What was it like transitioning from your previous job into your first role at Metromile? They seem similar in the sense that both involve a lot of connecting with people.

I had phone experience, but it was very different because I was now on the customer service side as opposed to sales. It was like starting over at square one as an entry level customer service agent, so that was a shock. I ended up being at Metromile for almost exactly a year before I was promoted to train all of our new sales hires, then our service hires — and I’ve even dabbled in claims training. I’ve joked that every four to 12 months, I do a different role here.

How many people did you train at a time?

Anywhere from four to 10 new hires in each class, but it really depends. The training is a month-long program so I was really going back to back for about a year before I switched into management.

And how did that switch come about?

My current boss approached me about management and said he thought I’d be a great fit. I loved training, don’t get me wrong, but I wanted to try it out and he encouraged me. So I was an agent for a year, then in training for a year, then I switched into customer service management, and I was in that role for seven months before I switched into sales management. So it’s really come full circle — I can’t get enough of sales!

A typical day starts with coming in — that’s step one! — and then running a daily huddle with my team to get them super excited for the day, setting goals, and then just being there as a resource. I’ve known both sides of the business in customer service and sales, and here at Metromile, we do a lot of shadowing and coaching in the moment, so I’ll put on my headset and randomly listen to representatives’ calls live as they’re happening. I sit on the floor in the middle of the whole team so I’m there for coaching, and of course I have the typical one-on-ones with the agents once a week. Then there are also other team meetings. It’s really about me being a resource.

How would someone know if Metromile is a potential good fit for them?

Typically, if they’re driving less than 7,500 miles a year, we save them money, so that would be our major selling point. Metromile is really for low-mileage drivers — we can save them money because they’re not on the road much, so they’re not as much of a risk. That’s what keeps our prices down.

Why is Metromile such an awesome place to work?

There are so many advantages to working here. If I worked at a more rigid, non-start-up type of company, I never would have gotten promoted in my first year. Metromile is really good at developing employees as well as finding focus areas and things employees are good at to make those internal promotions, and I think that’s great.

It sounds cheesy, but I love our culture and this company. Whenever I talk to anyone, I’m now similar to the friend who brought me on board — I rave about how much I love Metromile!

Want to join Shannon and the rest of the team? We’re hiring in Arizona, San Francisco, and Boston.