>Blog>Embrace the Chill With These Fall Driving Tips

We typically don’t associate fall with many extreme weather conditions, but as (the hopefully resurrected) Jon Snow would say in Game of Thrones, winter is coming. So when the leaves start to change outside, some of your driving habits might need to change as well. We aren’t talking anything drastic, but by being aware of the changing weather and traffic conditions, you can potentially avoid costly mishaps. 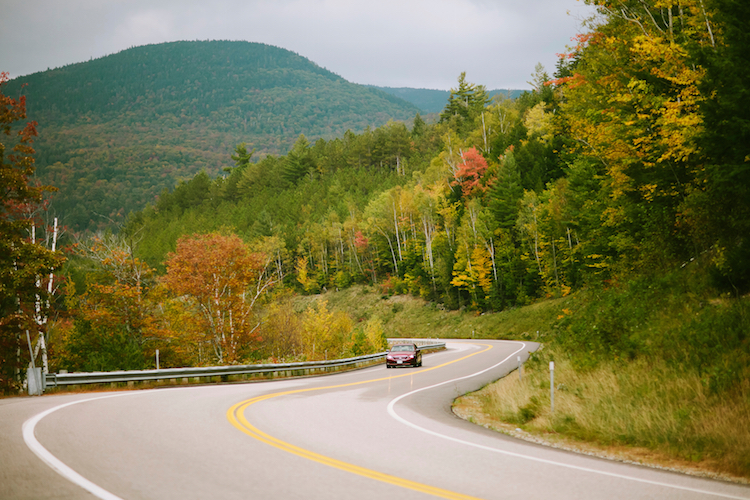 Be mindful of the littering of leaves.
We often marvel at the vivid colors of fall foliage, but they can actually be quite hazardous. Admiring the changing leaves while behind the wheel means you are a distracted driver and don’t have full focus on the road. When it rains, wet leaves can become almost as dangerous as ice, causing cars to skid and lose control. Even when it isn’t raining, fallen leaves can mask important road markings, potholes and more. We aren’t suggesting that you place a bulk order for leaf blowers, but it’s probably a good idea to have a heightened sense of your surroundings.

Adjust to new traffic patterns.
Even if you aren’t heading back-to-school, there is still a chance you will be affected by those who are. Not only could there be more cars on the road during rush hour, but you will have to be aware of new obstacles such as children running into the street or a school bus making frequent stops. And come Halloween, you should be mindful of an onslaught of ghosts, skeletons and mini-Elsas.

Face the fog.
Chilly fall mornings often are accompanied by a thick blanket of fog, especially if you live near the water. This doesn’t make for the best driving conditions so drive slower than normal and allow more space between you and the vehicle in front of you so you have an adequate amount of time to stop. If your car is equipped with fog lights or driving lights, switch those on because their low-mounted position minimizes fog reflection. Contrary to what your instincts might tell you, it actually isn’t a good idea to use high beams because they direct light into the fog making it difficult to see.

Fight frost.
Those chilly fall mornings can also lead to accumulation of frost on your car. Clear frost away before you start driving so your visibility is not impaired. Make sure your heater and defroster systems are working properly, and if you notice anything that seems off, have a mechanic check it out before it’s too late. You should also be aware of hidden icy spots on the road.

Follow these tips, grab yourself a Pumpkin Spice Latte and you will be more than prepared for the incoming chill. And if you are thinking of taking an autumn-inspired road trip, Metromile’s per-mile insurance customers aren’t charged after 150 miles per day (250 in WA), so go ahead and drive to a prime leaf-viewing location. Just be careful when you are behind the wheel!