It’s not exactly a fun way to pass the time, but do you ever think about what you’d do in the event of an accident? If you were the one responsible (hey, it happens to the best of us), you probably know the steps to take to get the claims process going. And if you’re involved in an accident caused by another party, you’ll want to get up to speed on filing a claim with the other driver’s insurer. But in both those instances, someone’s insurer is there to cover costs and facilitate the process. So what happens if you’re hit by a driver who doesn’t have adequate coverage—or worse yet, doesn’t have coverage at all? That’s where uninsured and underinsured motorist coverage comes into the equation. 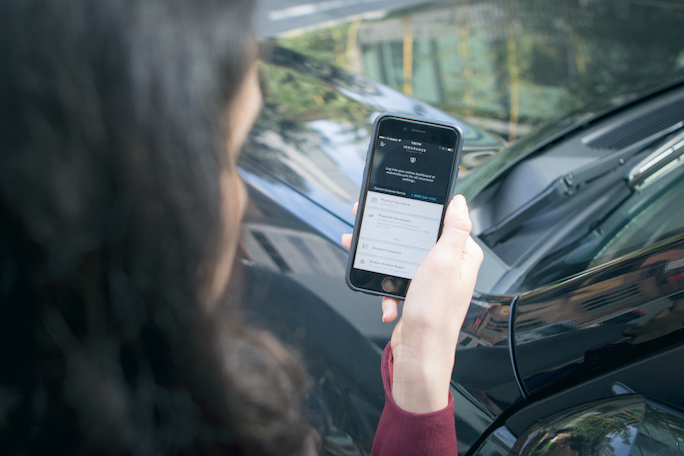 What is Uninsured and Underinsured Motorist Coverage?

Just like its name suggests, uninsured and underinsured motorist coverage (sometimes called UM/UIM) exists to protect you in case another driver hits you and doesn’t have the coverage to pay up for costs and damages. This type of coverage also comes in handy in case of a hit-and-run crash — if another driver hits you and takes off, uninsured and underinsured motorist coverage will ensure you’re not left on the hook for all of your expenses. Whether you have medical bills, car repair payments, or both, this type of coverage will prevent you from having to pay for everything out-of-pocket.

Even if the at-fault driver in an accident has coverage, it may not be enough to cover your costs. Their liability limits may be too low to pay for your bills, or their limits may be less than or equal to your UM/UIM coverage limit. In both those scenarios, uninsured and underinsured motorist coverage can be a lifesaver.

While this type of coverage may sound like a no-brainer-must-have addition to your policy, not all states make it mandatory. In fact, only 21 states and the District of Columbia require uninsured and underinsured motorist coverage by law. And if your state doesn’t mandate it, and you’ve never had a reason to know about it, you might wind up with an unpleasant surprise in the unfortunate event of an accident — after all, according to the Insurance Information Institute, one in eight drivers is uninsured.

The Different Types of UM Coverage

Now that you understand the logic behind UM/UIM coverage, it’s time to get familiar with the two distinct types of UM that exist:

UMBI can help cover the costs of medical bills, lost wages, and pain and suffering for people who are protected under your policy (like family members in other cars or passengers in your insured car) if they’re involved in an accident caused by an uninsured driver.

UMPD can help pay for the damage done to your vehicle if you’re hit by an identifiable uninsured driver (though it’s not always applicable to hit-and-runs). This type of coverage isn’t available in all states, and if it is available in your state, it may not cover hit-and-runs, so be sure to talk to a licensed agent about your specific location and situation.

Some states require drivers to have UMBI and/or UMPD:

Coverage limits (the total amount an insurance company will pay for a single accident or claim) vary greatly by the insurer and state. There are also different coverage minimums in states where UMBI and/or UMPD are required. For example, in California, the minimum for UMBI coverage is $15,000 per person/$30,000 per accident, and the minimum for UMPD coverage is
$3,500. It’s important to talk to a licensed agent so you know the limits in your specific state.

Do You Really Need UM/UIM Coverage?

Of course, tacking on UM/UIM coverage does come with an added cost. So if you’re on a tight budget, how do you decide if it’s right for you? It might be worth considering the following factors:

So what is the added cost of UM/UIM coverage? Like pretty much everything in the world of insurance costs, it depends. A lot of pieces of info are factored into the cost of your coverage, like your age and location, claims history, chosen limits, and the type of vehicle you drive. In general though, you can expect UM/UIM coverage to make up about 5-10 percent of the total cost of your premium.

This stuff can get confusing, so if you still have questions, it’s totally understandable. And it’s likely other drivers have those questions too — that’s why Metromile has a Help Center that houses some of the most frequently asked questions, including those about UM/UIM coverage. If you can’t find the answers you’re looking for there, no problem. The licensed agents at Metromiles are available to answer your questions, provide a free quote, and address any concerns you may have. If you’re an existing customer, call 1.888.311.2909, and if you’re looking to start a new policy, call 1.888.242.5204. No matter whether you’re new to the Metromile family or just looking to better understand your policy, visit www.metromile.com and find out why having the right kind of coverage for your life and budget matters.