Picture this: you’ve cruised around the block a few times looking for parking, but you’re going to be late for your dinner reservation if you don’t park your car soon. You notice a parking valet but have no idea what to do. If this sounds familiar, you’re not alone, which is why we’ve compiled some tips for you to get through valet parking drama free. Often times, especially in larger cities, valet parking can be faster and more affordable than street parking or parking in a parking garage. 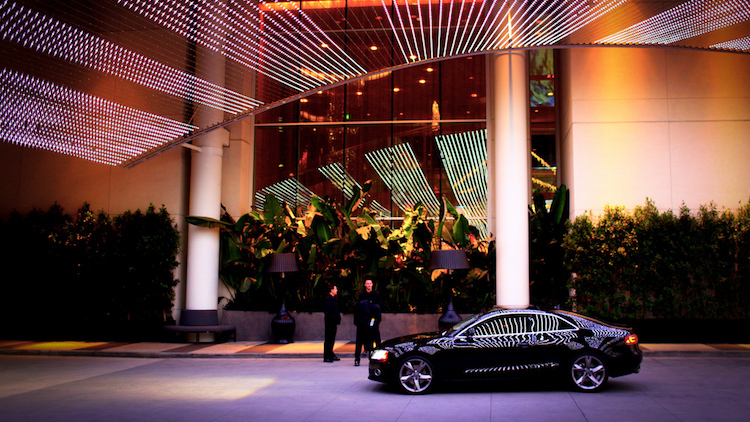 Tip in cash. Many people avoid valet parking because they’re unsure of how much to tip. Even if the hotel or restaurant you’re at offers complimentary valet service, have cash on hand for a tip. It’s expected you tip the valet that retrieves your car but you’re entrusting your vehicle with a stranger so leave the valet who takes your car at drop off an unexpected tip as well. If they feel they’ve been treated well, they’re likely to take better care of your items. $2-$5 is pretty standard so expect to tip $4-$10 total for valet parking.
Tidy up and tuck away valuables. Anticipate that you might end up valet parking and clean your car up a little bit so that you’re not embarrassed to hand over the keys. If you have valuables in the car, leave them at home, or tuck them in the trunk or out of sight. Make sure you have everything you’re going to need before you get out of the car!
Know how to handle the drop-off. Drop off and pick up moves quickly, so pay attention to the valet instructions and drive safely and slowly. Leave the car running and don’t take your keys out of the ignition. Let the valet know if there are any problems with the car and confirm price, closing time and how to get your car back. Lastly, don’t leave your car until you’ve been given a claim ticket!
Pick up and pay. It can take 10-20 minutes for the valet to get your vehicle. Always consider calling ahead, especially if you’re at a hotel or a busy restaurant or if you have to be somewhere at a specific time. When you’re ready to leave, find the valet stand and pay your bill. Sometimes hotels will charge your room bill but the head valet will confirm. If it’s complimentary, just don’t forget to tip for service!
Check for damage. In the rush to leave, don’t forget to check for damage or missing valuables before you drive away! If you see any damage or notice any lost items, let the head valet know immediately. Most valet companies will cover these situations but it’s much harder to get compensation if you don’t notice until you are home.

Having trouble finding your car or want to check in to see where it’s parked? Use Metromile’s car location tracker to find your car. Metromile’s smart driving app gives you information on trips and trends, fuel levels, car health diagnoses and more, and is free for all of our pay-per-mile insurance customers. Learn more here!

If you live in the city, you probably are well-versed on the obvious tips of how to prevent your car from being broken into or stolen: leaving a bag visible is thief bait, and a rogue phone is even more enticing. But with break-ins on the rise (San Francisco has seen an estimated 77% increase in break-ins since 2010), it’s probably a smart idea to take extra precaution. Here’s an overview of what truly could protect you against car break-ins. 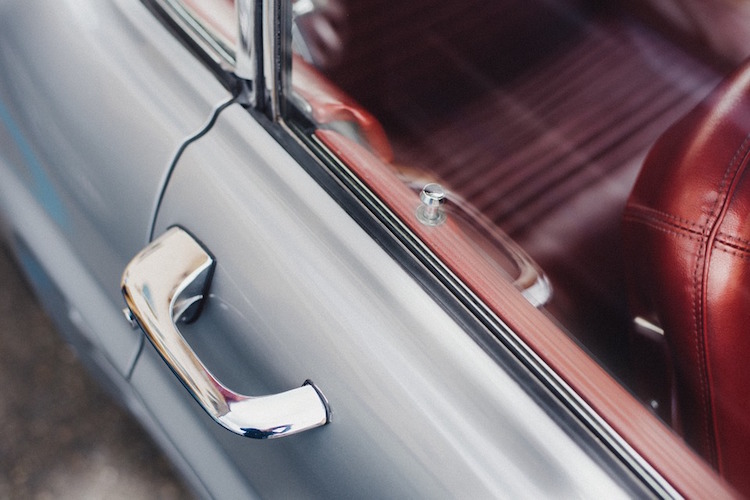 Lock your doors. This may seem obvious, but up to a quarter of vehicle thefts are from unlocked cars. Similarly, an open window invites the same fate. Even if you are quickly running inside a gas station, that’s still enough time for a thief to make moves. Following these precautions doesn’t make you immune from theft, so as mentioned before, don’t leave anything in plain site.

Grab your keys. Again, this might seem obvious, but leaving keys in an unattended car for even a few seconds could be enough time for a thief to get in. If you are leaving for an extended time and don’t want to take your keys with you, don’t try stashing your keys anywhere in your car. While you might think you know of a good hiding spot, remember that many other people have had the same “good idea” as you. The same goes for spare keys — car thieves know where to look.

Invest in an anti-theft device. A car alarm is the first level of thief-deterrent, but there are many other preventive measures you can take. Steering wheel locks, protective steering columns and car-disabling locks are all ways to double up on security. Even where you park can make a difference — a well-lit, populated area makes it tough for a thief to stay under-the-radar.

Know that looks aren’t everything. Think that just because you aren’t driving a flashy car thieves won’t be as inclined to try to break in? Think again. Older and stereotypical “family cars” are more desirable to a thief because of the demand and resale value of the car parts. In 2015, the most common stolen cars were the 94’, 96’ and 97’ models of the Honda Accord.

Check your coverage. Do you have comprehensive coverage on your policy? This could cover you in the event that your car is damaged during a robbery. Check your policy for specific details, but if you only have liability insurance, you will not be covered.

In the unfortunate event that your car is stolen, you can follow these steps. If you are a pay-per-mile insurance customer, your Metromile Pulse device doubles as a car locator. We’ve used it to recover stolen cars in the past!

Many of us are all too familiar with the sinking feeling you get when you find that dreaded ticket on your dash because you parked in a street sweeping zone. Here at Metromile, we’re on a mission to make car ownership as easy as possible, which is why we are excited to announce that our street sweeping alerts are now available in San Diego and the greater Los Angeles area! 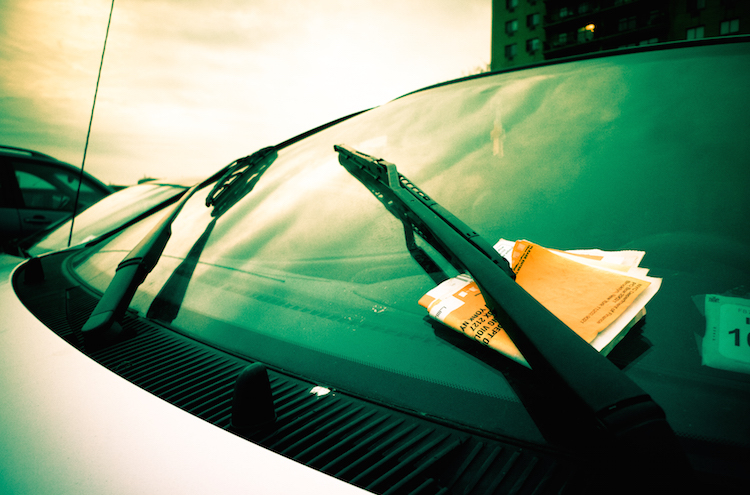 We’ve already issued more than 28,000 alerts in San Francisco and Chicago and saved customers an average of $1.8 million in parking tickets. Now, customers in San Diego and the greater Los Angeles area can avoid those pricey tickets as well. In the past year, there have been nearly 650,000 street sweeping citations issued in the city of Los Angeles, 70,000 in Santa Monica, and 25,000 in West Hollywood. At $63-$73 per ticket, that means that residents in the greater Los Angeles area have spent more than $53 million in street sweeping ticket fines. We’re here to do something about that- your money can definitely be put to better use! Trying out that new restaurant or going to a concert with your friends is much better than paying for a pesky parking ticket.

Metromile customers in select cities can take advantage of the alerts. We use city data and internal information to determine if your car is parked in a street-sweeping zone, and, if so, you will receive a push notification 12 hours before the scheduled street cleaning. If you miss the first alert, there will be a second alert with one hour to spare.

LA and SD are the first of many stops on our roadmap as we expand coverage for our sweeping alerts and other smart services. Learn more about our free smart driving app, and if you are also interested in saving money with per-mile insurance you can get started here. Here’s to the last of those street sweeping tickets!

Parking in the city is not an easy feat. Whether you are rushing to a dinner reservation or visiting a friend for the weekend, finding a parking spot is nothing short of a headache. While we can’t help you snag a secret spot or dispute your parking ticket, we can give you tips on what to expect when you’re in these west coast cities. 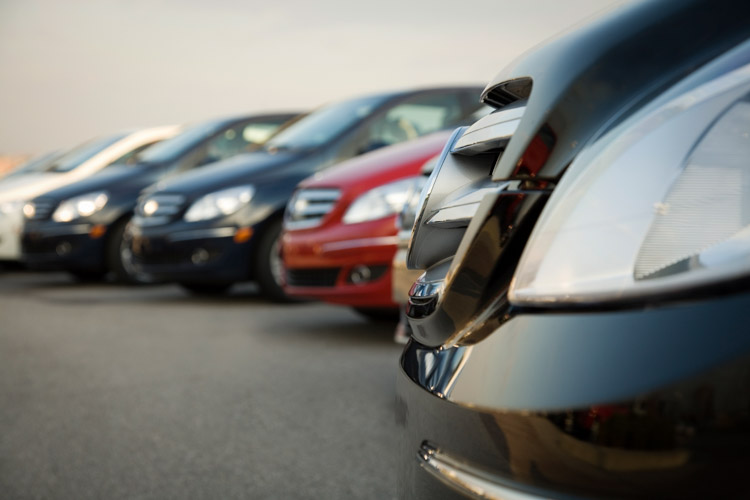 San Francisco
There is a lot crammed into this 7×7 mile city, which means parking can be quite challenging. If you do find a coveted spot, the good news is that most meters take credit cards so you don’t have to search in the depths of your bag for stray quarters. Certain neighborhoods are even experimenting with on-demand pricing, which means rates may vary by block, time of day and day of the week, and can be adjusted +/- 50 cents per hour. The other good news is that Metromile’s street sweeping alerts are available in SF, which alerts you if your car is parked in a street sweeping area so you can move it in time. When you park, don’t forget to curb your wheels on any street that has a 3% grade or higher (which is pretty much the entire city). This is something visitors often don’t realize and is easy to ticket for.

Los Angeles
If you are in LA, it might be even harder to find a spot since the majority of the city’s population owns a car. Downtown LA also has on-demand pricing and you can see how much you can expect to pay on the LA Express Park website. If you can’t find a spot and are in a time crunch, there are plenty of lots and valet options throughout the metropolitan area, although it could cost you close to $40 for the day. Luckily, most business will validate parking bringing the costs down significantly. And if you do find a spot on the street, make sure you know what the color of the curb means to avoid getting a ticket!

Portland
If you do find on-street parking in Portland keep in mind there are two types of parking meters – the SmartMeter pay station and the coin-operated meter – so don’t get rid of that quarter stash just yet. The city also owns six downtown SmartPark garages which are the most affordable parking lot options. Pro tip: some businesses will even validate two hours of free SmartPark parking with qualifying purchases. If you aren’t near a SmartPark garage, private lots could cost you around $22 for the day.

Seattle
You’re in luck: Seattle is probably the easiest of these cities to find parking in. There is a fair amount of on-street parking, and both coins and credit cards are accepted at all meters. You can even pay by phone to eliminate the need to attach a receipt to your car.

There are also plenty of new innovations popping up to help alleviate city parking, such as Zirx and Luxe which provide on-demand valet service. Of course, you could always take Uber or public transportation and forget about parking entirely. And don’t forget to download the Metromile driving app to use our car locator if you forget where you parked!